If you are interested in learning the trombone, you might be surprised that the name is just a blanket term for a brass instrument that uses a sliding mechanism to shift from note to note.

For the untrained eye, they might look similar but they are actually not.

By the end of this article, you’ll learn about…

What Are Bass and Tenor Trombones?

A trombone is famously known for its unique playing motion as it appears to both shorten and lengthen whenever it is played. This is because the instrument relies on the variation of its telescopic sliding mechanism to vary the pitch.

The basses and tenors are the two main types of the said instrument. Skilled trombonists often hope to master one of the instruments, if not both.

As for which one is better, the best kind of trombone will always be the broken one. It’s always gonna be the trombone that doesn’t play a sound.

Kidding aside, the bass and tenor are just two variations of the instrument. So, you mean to say that there are MORE types under the term? Yes, there are!

If you are that interested, here are some of the different types aside from the two:

There are even hybrid ones that feature valves, or even a combination of that and the sliding mechanism. They are the…

While this might seem a lot, we will look closely at the comparison of the instruments in this article.

Before anything else, do you think sliding a long piece of metal doesn’t look awfully similar to something? Say, like sheathing and unsheathing a very long sword from a scabbard?

If you think so, then you’re definitely on to something, Bud. Trombones aren’t exactly called that name all the way until the 18th century.

Up until then, it was referred to by the French as the “Saqueboute” and the English, “Sackbut.” This comes from the French word “Sacquer” which means to draw out a sword or something similar.

In this section, we will show you how these two instruments differ from each other according to a set of characteristics.

But, hey! No matter which instrument you choose to play. Just remember that all trombones, big and small, are beautiful.

When Keats wrote, “A thing of beauty is a joy forever”
I do not think he had a trombone in mind.
That’s alright, I forgive him.

When you look at both the bass and tenor, it is almost as if you’re seeing two of the same thing. But that’s understandable as they have hardly any physical differences at all.

In general, basses have a bigger bell, a more sizable bore size, and a larger mouthpiece. These modifications allow the instrument a darker, richer sound when playing the low notes while sounding hazy and duller as the notes get higher.

But good bass players like the ones here can often play notes at incredible ranges. Something that is only possible after years of practice and dedication.

In contrast, the smaller stature of the tenor allows it to sound sharper and livelier while hitting the high notes while sounding less powerful in the lower register.

Starting from the length of the tubing, both the bass and the tenor come in at 9 feet in their entirety or 2.7 meters when fully outstretched.

Aside from its length and general design, this is the only figure where the two instruments are exactly similar. From here on, everything is pretty much different from each other.

Expressed in thousands of an inch, the bore refers to the inner diameter of the inner slide. This measurement remains fairly consistent through the instrument’s tubing save for the bell flare, where the tubing gets wider, and the mouthpiece where the tubing assumes a tapered shape.

Thanks to its distinctive shape, even those who are not acquainted with the instrument can easily identify the bell.

The air that the player blows from his mouth travels throughout the instrument and emerges out of the bell as the distinct, metallic sound.

One of the main differences between the two is the presence of different valves and triggers on the two types of trombones.

The Tenor is pretty much straightforward and does not include any tubing within the main section. This configuration earned them the nickname “Straight Tenor.”

On the other hand, the bass is a little bit more complex than the former. Brasses have a variety of configurations that affect the range of keys that the instrument can be played in.

Single Rotors are equipped with an “F rotor” pretty much like the Bb/F tenor. However, it comes with a larger bore, more gradual bell taper, and bigger bell diameter.

Meanwhile, basses equipped with double rotor systems have two sets of rotors. But to engage the second, both the valves should be engaged at the same time.

There is also another type called a double in-line independent rotor system available to the brasses. These types of the instrument allow both rotors to be engaged separately from each other.

The result is an addition of an extra key variation that the instrument can play in. These are the Bb (open), F (first valve engaged), Eb (both valves engaged), and G (second valve engaged).

To allow for greater flexibility and key permutations, most independent system instruments have an additional slide for the second rotor section. Read this article, to give you a better insight on what bass trombones to choose.

This section covers the more technical side of playing the instrument. But wait, Just take a look at what the great Frank Sinatra has to say as a testament to the trombone’s prowess:

Don’t forget, Frank Sinatra always said he learned how to sing by listening to a trombone player! pic.twitter.com/hIa8EPykdJ

The only difference is that the bass comes with two extra rotary valves. These valves allow the instruments to play lower notes.

When it comes to range, several factors affect the effective range of both instruments. Without any fixtures, the bass can play from B♭1 to B♭4 while the tenor can play from E2 to F5.

But you know what, a fixture can allow the tenor to hit lower notes and lower the fundamental note from B♭1 to F1?

Can’t believe it? We’ll have more of that later.

What the Seasoned Players Say

While the two instrument’s ranges overlap upon each other, most trombonists are very particular when it comes to playing certain notes?

True to their nomenclature, the bass trombone is easier to play at the lower register. Skilled players can easily play the low notes down into the pedal range.

The larger capacity of the bass also allows quick translation between notes below the staff while the tenor’s response is sluggish and not as crisp as the former.

When it comes to playing low notes, another instrument, the tuba comes to mind. Read about how the two are different here.

The middle register seems like a sweet spot to both instruments as both can easily produce a full and enriched sound.

As expected, the tenor has the advantage when the notes get higher and higher on the staff. Tenors can easily attain and sustain notes in the high register whereas it is more taxing to the basses.

The timbre or the characteristics of a trombone’s sound varies from register to register. In general, trombones can be used to play light or delicate music or heavy and menacing.

In the video below you can listen to the instruments in the different registers.

In the low register, both instruments sound dark, heavy, and somber in character. It is most often associated with tense, scary, or sometimes majestic music.

Things start to get different in the middle register. The tenor’s timbre can be described as sustaining and full whereas the bass can only be described as darker and even more menacing.

Finally, in the high register, the tenor can boast a brilliant and mellow sound while the bass can only be described as unreliable or even sketchy at best.

Among other things, if you really want to have a taste of real brass music, make it a point to join Trombone Shorty’s #TremeThreauxdown:

This year on Oct 9, the #TremeThreauxdown will include a taste of Cuba: the incredible @CimafunkOficial will kick off the show. Get tix now for an epic night of music: https://t.co/62b310bGvS pic.twitter.com/WIsc3ezX1o

As we have hinted earlier, the trombone’s got another trick up its sleeve to extend its register, specifically towards the lower notes. This is referred to as the F-attachment.

The F-attachment is a trigger-operated rotary valve that allows a tenor trombone to play the pedal range. It forces air to go through an extra length of the coiled tube up in the bell section.

If you’re wondering why this configuration is referred to as the F-attachment, you have all the right in the world to do so. This is because the valve, when engaged, transposes the instrument down a perfect fourth into the key of F, ergo giving it its name.

The F-attachment allows trombonists to play lower notes and avoid playing long positions. This configuration also gives players a practical advantage when playing hard passages as it prevents them from sliding the tube over long distances.

The shape of the coiled tubing comes in two basic types: the open wrap type and the closed wrap type.

The open wrap tends to be clearer and more resonant while a closed wrap doesn’t offer the same clarity but is more compact and offers more resistance than the former.

The trombone is a wonderful sub-category of brass with thousands of years of history. I hope that this article about the bass trombone vs tenor trombone gives you the enlightenment that you are looking for.

So, what do you think would fit you the best? The bass or the tenor? Don’t hesitate to share your thoughts with us in the comments below. 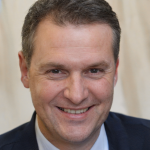